Get the Ball Rolling 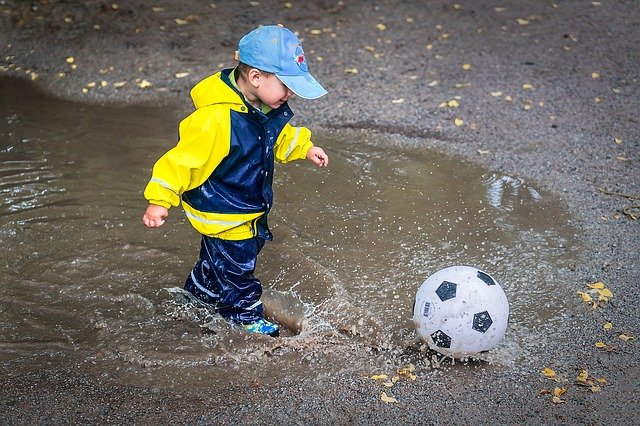 There is a saying…get the ball rolling. It means, get started. Do something.

Do the first thing and then the next steps will follow.

When a ball starts rolling, it tends to keep going on its own.

At the Last Supper, Jesus got the ball rolling.

The disciples were in the upper room. They were standing around.  They might have looked at each other, wondering.

Who was going to wash feet?

In a dusty climate, washing feet was a servant’s job. But it needed to be done.

Who would do it?

The disciples looked around.  No one moved to do it.

Then Jesus did it. Jesus got the ball rolling.  He washed the disciples’s feet

He started the first action that would lead to the Last Supper and on into the Garden of Gethsemane, the Betrayal, the Crucifixion, and the Resurrection.

John 13:3  Jesus, knowing that the Father had given all things into his hands, and that he came from God, and was going to God, 4 arose from supper, and laid aside his outer garments. He took a towel and wrapped a towel around his waist. 5 Then he poured water into the basin, and began to wash the disciples’ feet and to wipe them with the towel that was wrapped around him. 6 Then he came to Simon Peter. He said to him, “Lord, do you wash my feet?”

7 Jesus answered him, “You don’t know what I am doing now, but you will understand later.”

8 Peter said to him, “You will never wash my feet!”

Jesus answered him, “If I don’t wash you, you have no part with me.”

9 Simon Peter said to him, “Lord, not my feet only, but also my hands and my head!”

10 Jesus said to him, “Someone who has bathed only needs to have his feet washed, but is completely clean. You are clean, but not all of you.” 11 For he knew him who would betray him, therefore he said, “You are not all clean.” 12 So when he had washed their feet, put his outer garment back on, and sat down again, he said to them, “Do you know what I have done to you? 13 You call me, ‘Teacher’ and ‘Lord.’ You say so correctly, for so I am. 14 If I then, the Lord and the Teacher, have washed your feet, you also ought to wash one another’s feet. 15 For I have given you an example, that you should also do as I have done to you. 16 Most certainly I tell you, a servant is not greater than his lord, neither is one who is sent greater than he who sent him. 17 If you know these things, blessed are you if you do them. 18 I don’t speak concerning all of you. I know whom I have chosen. But that the Scripture may be fulfilled, ‘He who eats bread with me has lifted up his heel against me.’Psalm 41:9 19 From now on, I tell you before it happens, that when it happens, you may believe that I am he. 20 Most certainly I tell you, he who receives whomever I send, receives me; and he who receives me, receives him who sent me.”

The Importance of the Bible

The Power of Tithing

1 Brothers, my heart’s desire and my prayer to God is for Israel, that they may be saved. 2 For I testify about them that they have a zeal for God, but not according to knowledge. 3 For being ignorant of God’s righteousness, and seeking to establish their own righteousness, they didn’t subject themselves to the righteousness of God. 4 For Christ is the fulfillment of the law for righteousness to everyone who believes. 5 For Moses writes about the righteousness of the law, “The one who does them will live by them.” 6 But the righteousness which is of faith says this, “Don’t say in your heart, ‘Who will ascend into heaven?’ (that is, to bring Christ down); 7 or, ‘Who will descend into the abyss?’ (that is, to bring Christ up from the dead.)” 8 But what does it say? “The word is near you, in your mouth, and in your heart;” that is, the word of faith which we preach: 9 that if you will confess with your mouth that Jesus is Lord, and believe in your heart that God raised him from the dead, you will be saved. 10 For with the heart, one believes resulting in righteousness; and with the mouth confession is made resulting in salvation. 11 For the Scripture says, “Whoever believes in him will not be disappointed.” 12 For there is no distinction between Jew and Greek; for the same Lord is Lord of all, and is rich to all who call on him. 13 For, “Whoever will call on the name of the Lord will be saved.”

This website uses cookies to improve your experience while you navigate through the website. Out of these cookies, the cookies that are categorized as necessary are stored on your browser as they are essential for the working of basic functionalities of the website. We also use third-party cookies that help us analyze and understand how you use this website. These cookies will be stored in your browser only with your consent. You also have the option to opt-out of these cookies. But opting out of some of these cookies may have an effect on your browsing experience.
Necessary Always Enabled
Necessary cookies are absolutely essential for the website to function properly. This category only includes cookies that ensures basic functionalities and security features of the website. These cookies do not store any personal information.
Non-necessary
Any cookies that may not be particularly necessary for the website to function and is used specifically to collect user personal data via analytics, ads, other embedded contents are termed as non-necessary cookies. It is mandatory to procure user consent prior to running these cookies on your website.
SAVE & ACCEPT